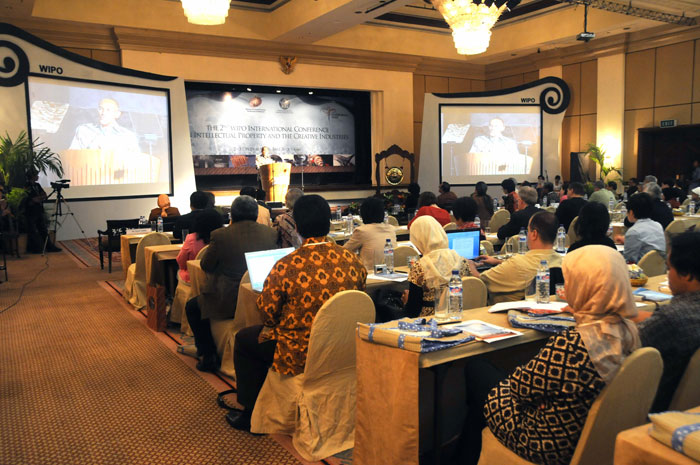 WIPO, one of the UN bodies, in cooperation with the Ministry of Culture and Tourism the Republic of Indonesia organized a 2-day conference on 'Intellectual Property and the Creative Industries' at the Grand Hyatt Bali, Nusa Dua. Opened by t... more 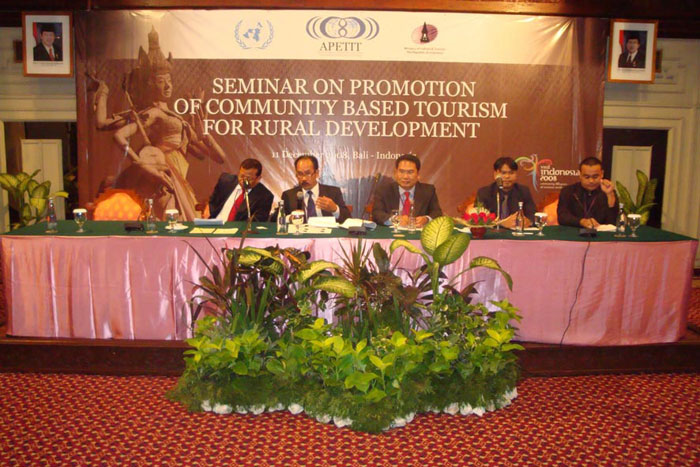 The meeting was held at Inna Putri Bali Hotel, Nusa Dua, Bali, and attended by more than 100 delegates from 16 countries. e program included a technical visit to the Bali Hotel and Tourism Institute and some tourist sites on the island. I... more 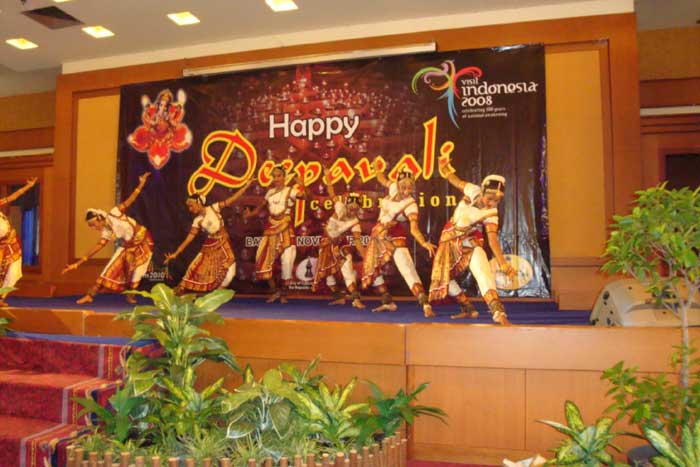 This cultural event was held in Batam, Riau Islands Province, by the Ministry of Culture and Tourism the Republic of Indonesia in cooperation with the Indian community in Batam. Various cultural dance shows were performed at this event repr... more 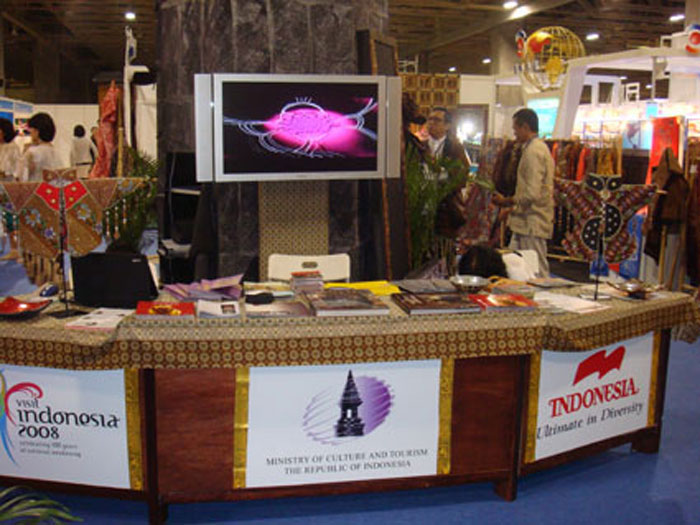 The World Heritage Travel Expo presented natural and cultural heritages from various countries around the world. The event was also intended to promote investment opportunities in the tourism industry. It took place at The Venetian Conventi... more 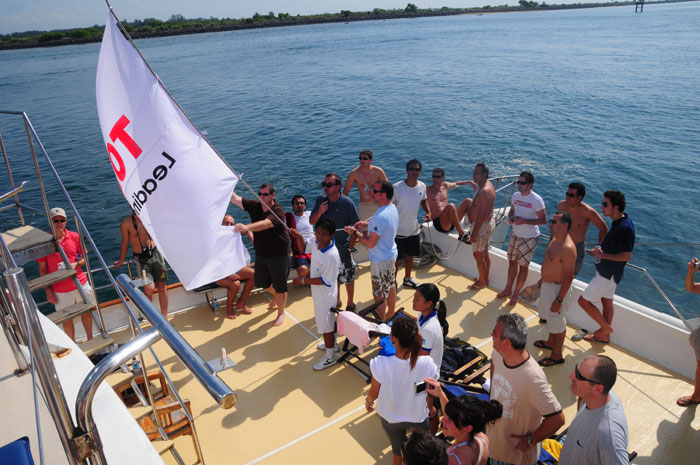 Toshiba Tec France, one of the leading electronic distributors in France, organized a corporate incentive travel to Bali which was attended by 100 dealers from various cities in France. Staying at a luxury beach resort in Nusa Dua, the part... more 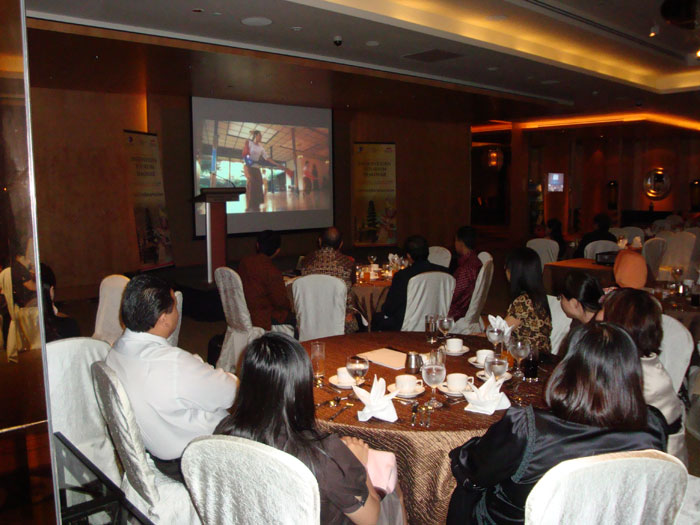 The seminar was initiated by the Ministry of Culture and Tourism the Republic of Indonesia to promote various tourist destinations in the archipelago. More than 100 tour operators, event organizers, travel agencies, airlines staffs, media a... more 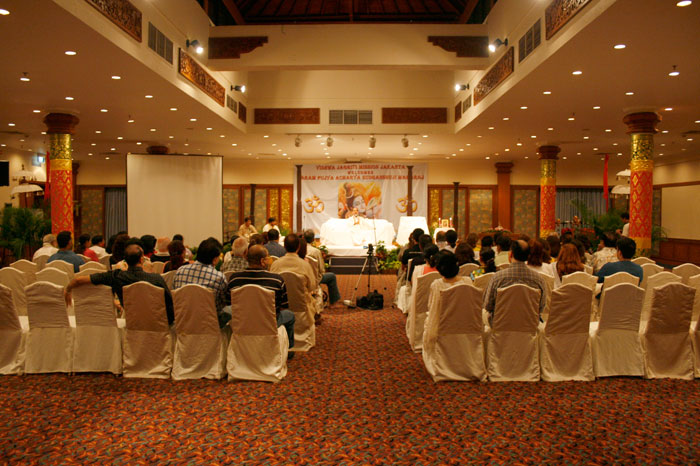 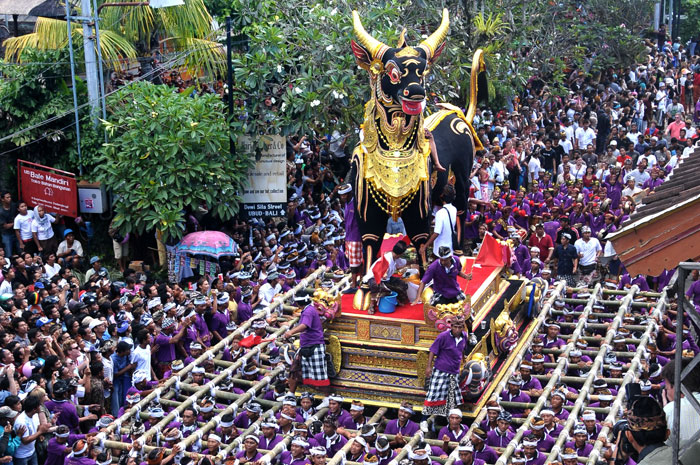 The largest of its kind ever held in Bali was the royal cremation of the late Tjokorda Gede Suyasa. The ceremony involved over 20.000 Balinese and was attended by over 16.000 visitors. Melali MICE was appointed by the Ministry of Culture an... more 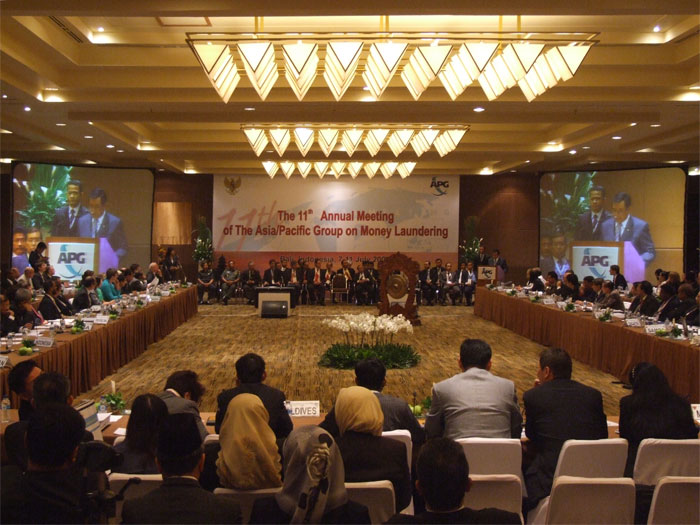 The conference was attended by 300 delegates from 42 countries in Asia and the Pacific region and held at Bali International Convention Centre, Nusa Dua. Initiated by PPATK (Indonesian Financial Transaction Report and Analysis Center), the ... more 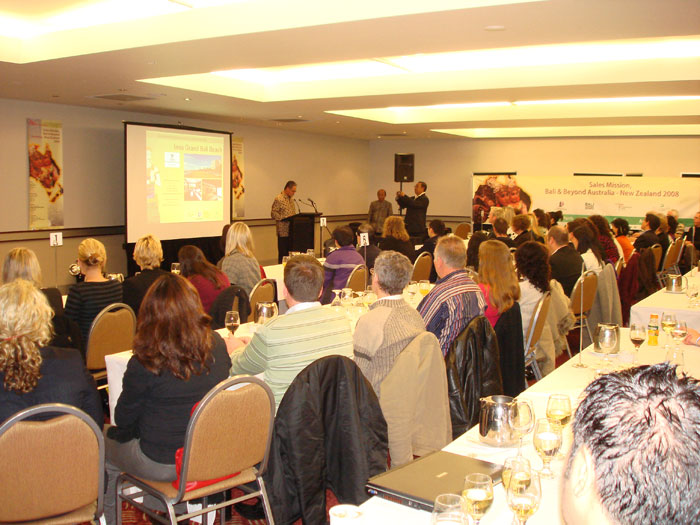 Initiated by the Ministry of Culture and Tourism the Republic of Indonesia, the road show and sales mission trip was arranged to promote Indonesian tourist destinations in Australia and New Zealand. The event was organized in 4 cities inclu... more 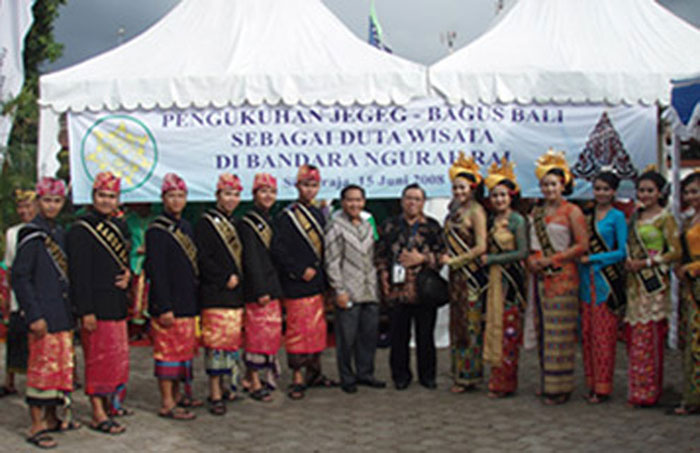 Inaugurated by the Minister for Culture and Tourism Republic of Indonesia, HE Jero Wacik, the launch of the Tourism Ambassador Program was held in Singaraja, North Bali, attended by 10 nominees and a few hundred invitees. The selected young... more 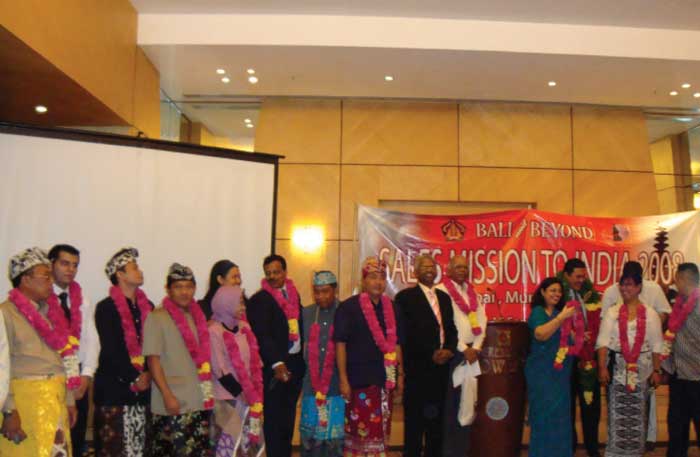 Indonesia promoted its tourism industry in several ways including a sales mission trip to various tourist generating countries. Initiated by the Ministry of Culture and Tourism, the sales mission trip was arranged for 3 big cities in India;... more 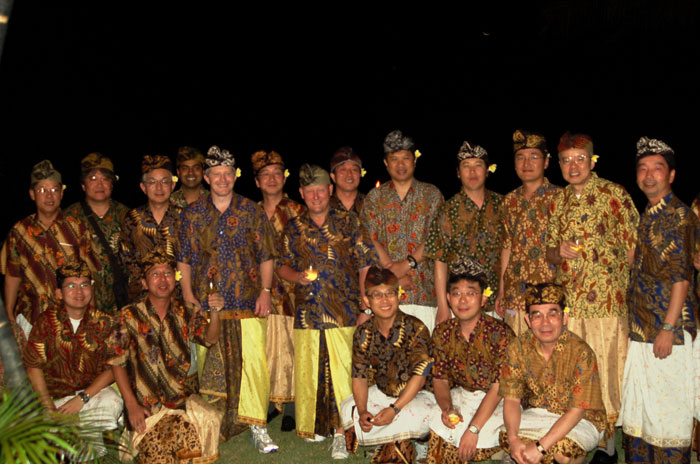 Being one of the world's largest mining companies, BHP Billiton invited its 25 top executives from Europe and Asia to attend a management meeting in Ubud, Bali. The meeting was held at The Four Seasons Sayan and ended with an intimate dinne... more 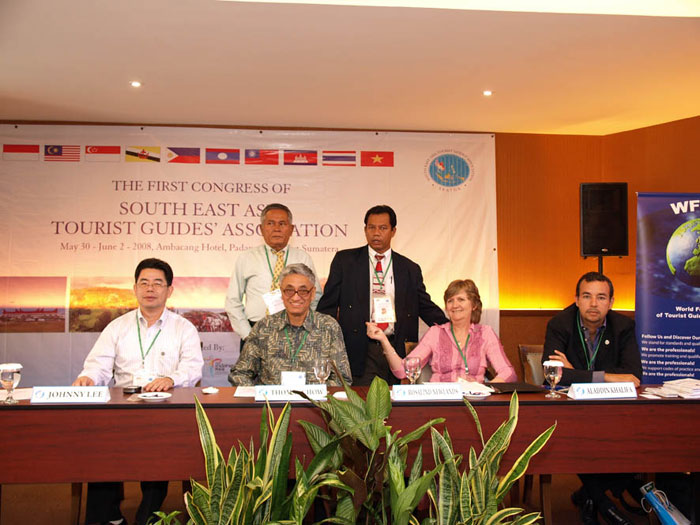 The SEATGA Congress was held in Padang, West Sumatera, and officially opened by the Minister of Culture and Tourism Republic of Indonesia, HE Jero Wacik. Attended by 200 tourist guides from 10 ASEAN member countries, the congress was initia... more 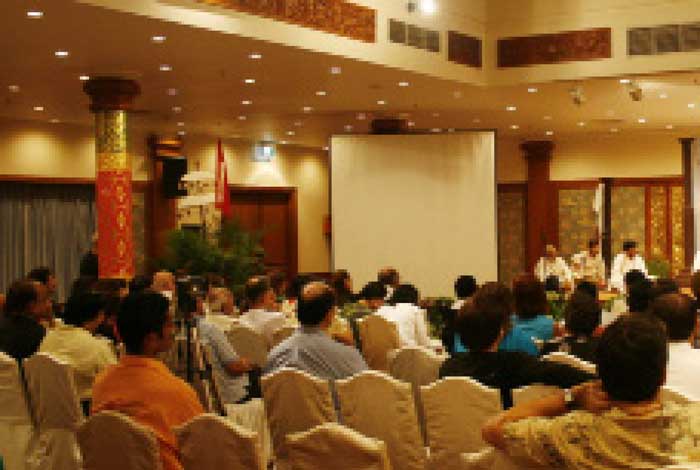 Initiated by Vishwa Foundation Jakarta, the workshop of this Spiritual Group was held at Ayodya Resort Nusa Dua, Bali. Hundreds of participants from Hong Kong, Singapore, India, Vietnam and Indonesia itself took part in the 4-day workshop w... more 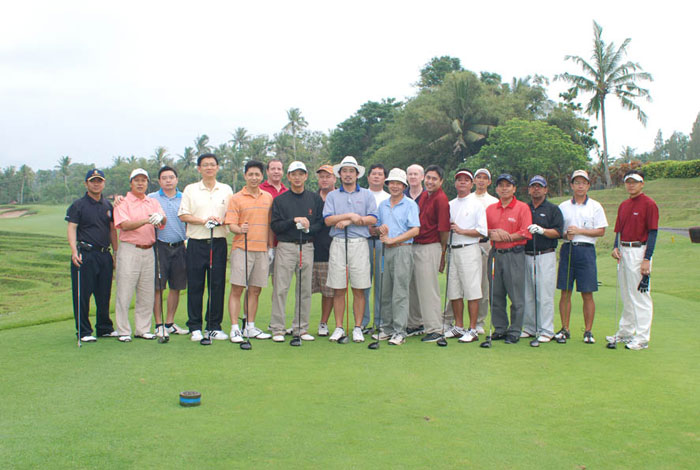 Symantec, an information technology company focuses on anti-virus and invited its worldwide dealers to attend an executive meeting in Bali. Held at the Grand Hyatt, Nusa Dua, the meeting was attended by hundreds of participants from Asia-Pa... more